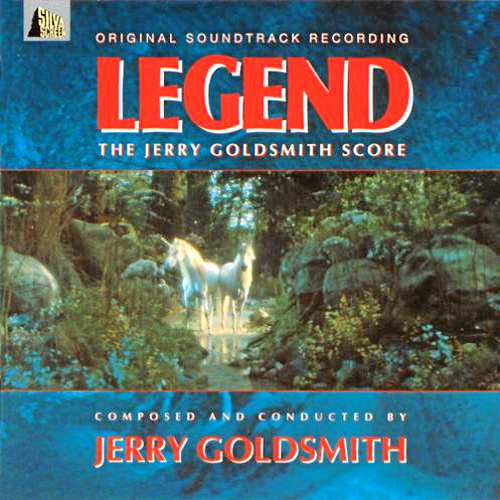 Jerry Goldsmith's soundtrack to Legend was one of the first soundtracks that I truly listened to. It belonged to a dear friend who live across the street from me & I would borrow it for a listen. The combination of pastoral orchestration, leftfield electronic motifs, heavenly choral work & some delightful songs made for a compelling listen.

Legend still makes for an engaging & distracting listen today. Yes, the orchestration can sound a bit twee in the way all Jerry Goldsmith's music can but if you accept that and look beyond his moments of jauntiness, it is a truly remarkable piece of music, one that is in keeping with its counterpart from Tangerine Dream.

Goldsmith's soundtrack appears as backing to the European Version and Director's Cut of the film whereas Tangerine Dream's soundtrack is used on the US Version.

I love both soundtracks but, I'll be honest, Goldsmith's version holds a very special place in my heart.